A downloadable game for Windows and macOS

It's been two weeks since the zombie apocalypse started. You found a little girl all on her own when you were scavenging for supplies. You have but one duty and sole purpose: You must protecc her! Maybe even from yourself.

This is a small shooter game focused on proteccting your loli.  Buy guns to protecc her from nasty zombies, buy her cute clothes, talk to her, do other things with her, and most importantly, protecc her.

WASD or Arrow Keys to move.

E or RMB to swap guns.

Here's a tip: Buy the shotgun and spend the rest of your money on ammo.

Haha! I had fun Playing this April Fools game, I knew it was for The April Fools prank! Good job, Ever Fun! It had me playing all the Night xD!

I'm so glad that this is just an April Fools game. I was thinking you were a lolicon

When will we see the game on Android

POV: you're going to jail

Fun fact: The shotgun deals tons of damage cuz it's blessed by Holy Crusaders since it's made to protecc the loli

HaHa these people got April Fools

btw when i finished it. the H scene didnt appear

dude,this is a april fool game

I know it's an April Fools but what's with all the unlockables but such a short game? Not only that but when I continued, the game bugged out and no zombies appear and the timer is stuck.

Maybe make a kid friendly game? i know i shouldnt say it on this on .>.

-w- there are no lewds its an april fools game. unless u go to the true ending that is

can't we change the moves controles? i gave an azerty keybord so it's hard for me to play.

Sorry about that! Something we are looking into for future games :)

I can see the other H-scenes are drawn and that's what upsets me the most. Knowing that they do exist and yet i cannot reach them.

not being able to reach them is a good thing. just knowing they exist is upsetting

okay, I solve it by myself, the folder was in the regedit. btw, nice game

I have the same bug. Can u tell me how u fixed it

Ok, you might serach 'regedit' in your windows, open regedit, then find the floder: HKEY_CURRENT_USER\SOFTWARE\HotPink + Kamuo\Protecc Your Loli. Delete the 'Protecc Your Loli' folder, then you can start the game from the very beginning again.

Be careful, ensure you only delete the  'Protecc Your Loli' folder, don't delete somethings you are not supposed to delete in regedit.

me: says "I don't want her food so she can grow"

Her: *game over due to her crying*

Me: "but i just wanted you to grow big and strong like me"

But most importantly he waits for her to be legal to eat her like a snacc.


does this game have RAM requirement or something... my laptops is old and 2 GB RAM only... it won't play the H-scene... sometimes just black screen w/ sounds, or white screen w/ sounds or just a paused image w/ sounds 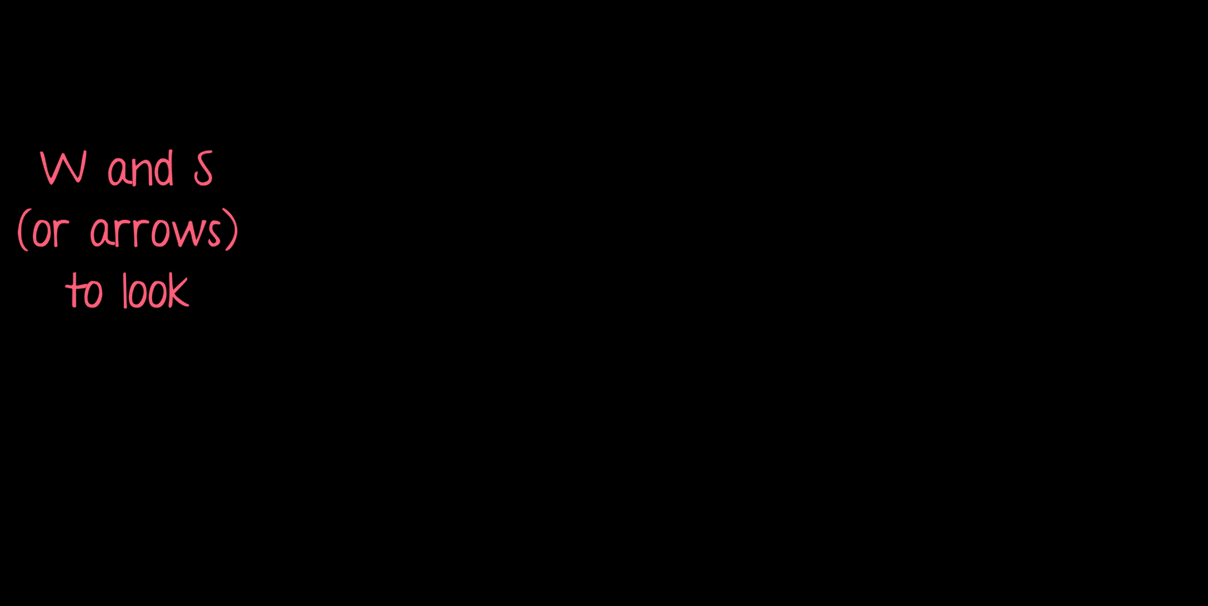 Same, It wouldn't play the H-scene in mine as well but we both have old laptop and 2GB Ram only and we encounter the same problem

dang... you're loyal to you're gadgets too? or you just can't afford a new one like me... I'll afford a new one once this thing stop function... I'm not one of those trendy people that buys the latest phone to flex

Old OS's and computers won't be able to run it :( sorry

Guess I'll have to buy a new one ;(... tho I don't really have money and my laptop was just given to me by my father, so I'll come back here again when I get a job (that'll take too long cuz I'm still a student) I'll buy a pc set with latest performance and download the game once again and get me my real reward of completing the game...

By the way, could you recommend some games that will run with old OS and laptop that is able to run completely without problems until I buy another pc?  That'll be really helpful because I'm a h*rny man

And yeah, every game here is fckng awesome as what I saw in the youtube, wish I'd have discovered this site sooner when I was still a kid cuz that time we had a complete pc set with atleast OS that will probably run most of the games here without problems. Tho we selled it cuz of financial problems🤣

So please recommend me some game that'll run in old OS's and computer without problem. Btw Kamuo's arts where fxkin awesome, I played the "Aren't grim reapers supposed to be scary" and "The reaper who reaped my heart" in my android and, damn, I was inlove with Vel

Come on!! I was triggered because I always lose on the 7th day, but when I finally won it, I became a happy man. Until when she askd me if I could do it with her after 7 years, so yeah we did it but the fck, the screen is white, I can't see a thing besides those words "Press W or S and A or D. How can I even enjoy this?

Okay so it's a smoll game, a loli sized game you could say, but I see some improvements you could make.

1) I figured you would cap the respawn rate to the enemy-on-screen limit, and doing that while the zombies are slower than you means you can move around in a circle and eventually all the zombies are just in the middle with one zombie spawning every second or so. It makes beating the game increadibly easy. You could argue that doing that will limit the amount of money you get which will prolong the end-goal of buying everything, but at the same time you could easily circumvent this through making enemies that stay on screen for too long power up and get movement speed/strength.

2) Resetting the money every run isn't fun tbh, why should I get 10k on the last day when it all disappears? At least allow people to make final purchases after the final day and let them know that the game is about to end.

4/5 (relative to other games on here)

Lol that Game over got me...

Great game. It was a grind to unlock everything but I did it. I 100% recommend using the shotgun and the mini gun.
If anyone's interested in watching my quick playthrough it's down below. Thanks!

Congrats! You did it!!

how do i get more ammo?

YES YES YES, I don´t play yet but I can smell the perfect game owo

For those of you that want to get the 'true' ending of this game, watch this:

When your Loli grows up and LUSTS after you

How the fuck did you do that?!

Pretty good for a game with "April Fools" in the title. The gameplay is fun and easy. 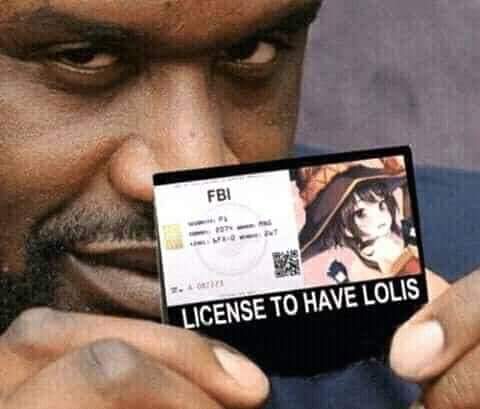 Why are people saying they stayed up until 5AM? I finished the game in just about 2 hours and was barely even trying... Of course I started at 12AM, so it's around 2 now...

Honestly? Amazing game. Really made me stay up until 5 am playing this, I really got attached to the loli in an sfw type of way. Ended up getting all of the costumes, but I'm kind of disappointed that you cant combine the cat ears with the maid costume. Secret ending was pretty cool, pretty high quality for just an April fools game, but PLEASE make a second part, I don't care if you make me wait a full year but a second part would be absolutely amazing.

For those that hope for a loli NSFW scene, Hate to break it to ya but there aint none.

You go trough stages (Honestly no clue how many since both times i completed were different.)

You can easily go trough the 3 first stages with pistol alone by simply running around in a circle and compiling all zombies in the middle.

Do the same later on BUT only buy shotgun and second to last weapon.

Use the AR to shoot down the big mobs and just pistol down the small, YOu can technically just run around in circles for the entire timer and kill whichever enters in your direction and kill all at the end with the shot gun to gain more money.

*YOU dont have to stay close to her when kiting them around in circles, She will follow so simply make her move as you want*

There seems to be some sort of Zombie counter or something making it spawn less zombies if theres already alot on screen.

If you kill them off when its not even close to timer then they will swarm in from all directions with all different types.

Nice gameplay and all but not that rewarding tbh.

Good for a free to play in a sense.

(Thats sort of what the kiting would look like when theyre really stacked together in early stages, The one after the girl is actually like at least 20-30 zombies inside eachother) 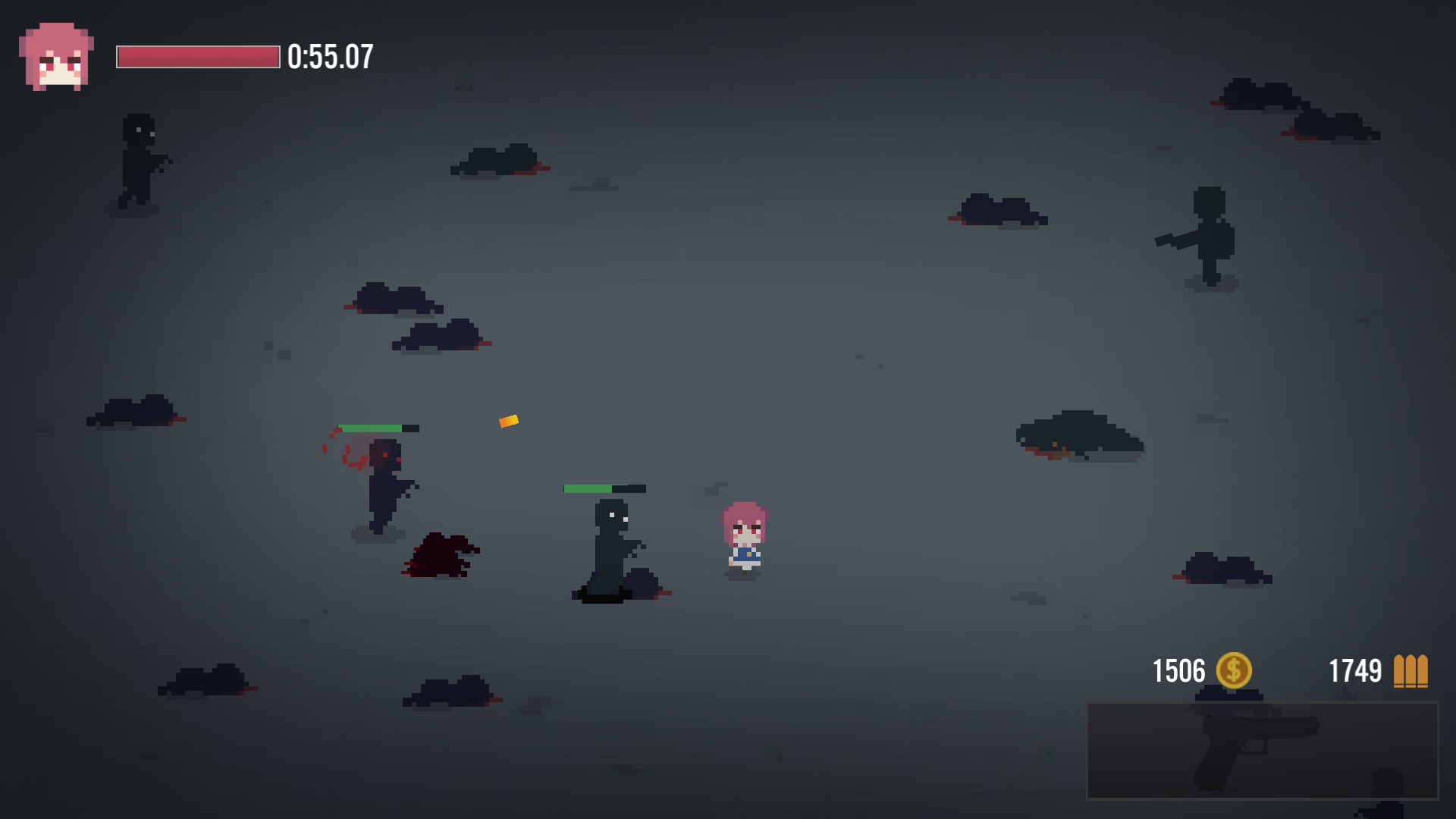 is this for real that i cannot see the H scene, i playing this like 5 hours just to complete all the costumes

Please make this an actual game. Instead of it being "oh, you got me," I absolutely love this. Hell, I'd even pay for it 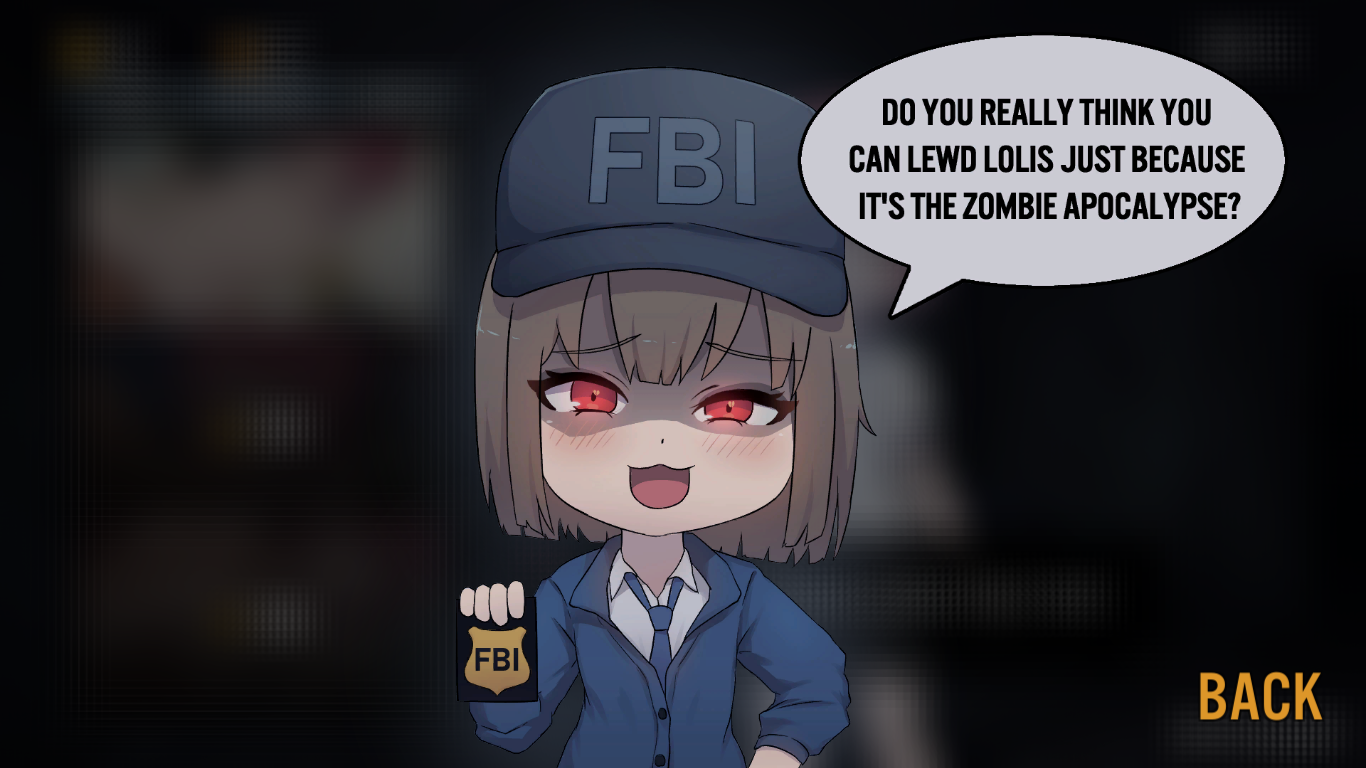 Fun game i finished it very fast. oh and where the hell was the H scene??

Simple and yet fun to play till the end. May I know where the save file is located?

Edit: Strange, After I got the true ending in one sitting, the screen goes blank like the screenshot below v

Any idea how to fix this?

This reminds me of training zombies from black ops...those were the days,

That good old main menu music from BO2, Aint that a memory?

The game was fun and the girl was cute , quite intense but if you kill zombies and just let them gather, the zombies won't spawn unless you kill them. The H scene i've been tricked, i've been backstabbed and i've been quite possibly bamboozled. Anyways 10/10 I wan't more and legit lol.

Hm, how did you get the grown her?

edit: nevermind I forgot that I commented about this 6 months ago(lol).

Sorry for the late reply, to get the grown loli you must interact with her everyday then you will get the H scene heh. 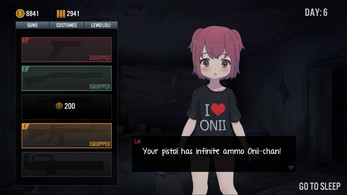 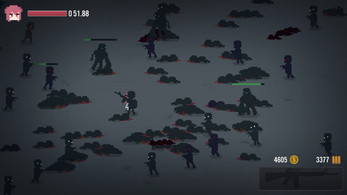 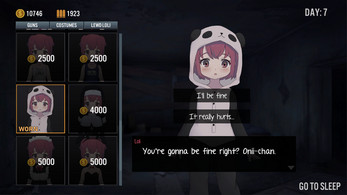 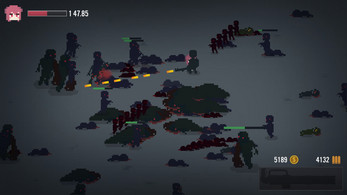